How Does the Internet Work?

The Internet is a global network of millions of connected computers that powers services like the World Wide Web and email.

The Internet started out as a US-military-funded research project in the 1960s and then evolved into a public infrastructure used by universities and private companies in the 1980s. By the 1990s, web browsers like Netscape and Internet Explorer extended the Internet’s reach into every day lives and today the Internet connects everything from computers and cell phones to refrigerators and cars.

If two computers want to communicate, they need to be connected. This can occur physically via an Ethernet cable or wirelessly with WiFi or Bluetooth. In this article we will refer to physical connections, but wireless networks work in the same way.

What happens when we want to connect multiple computers together to form a small network? Things become much more complex quickly. If we have 5 computers, we need 10 connections.

If we have 10 computers, we need 45 connections. And so on. It clearly doesn’t scale.

Fortunately routers, small computers dedicated solely to managing traffic between computers, help solve this problem. With a router added to the system, we only need 5 connections for 5 computers.

A network of networks

Routers solve the problem of small networks but what happens when we have to connect millions or billions of computers? It turns out routers, which are just computers, can be connected directly to one another. By connecting routers to routers we can scale almost infinitely.

In fact, if you’re curious what the Internet itself actually looks like, it’s a large web of routers and networks that looks something like this courtesy of The Opte Project via Wikimedia Commons: 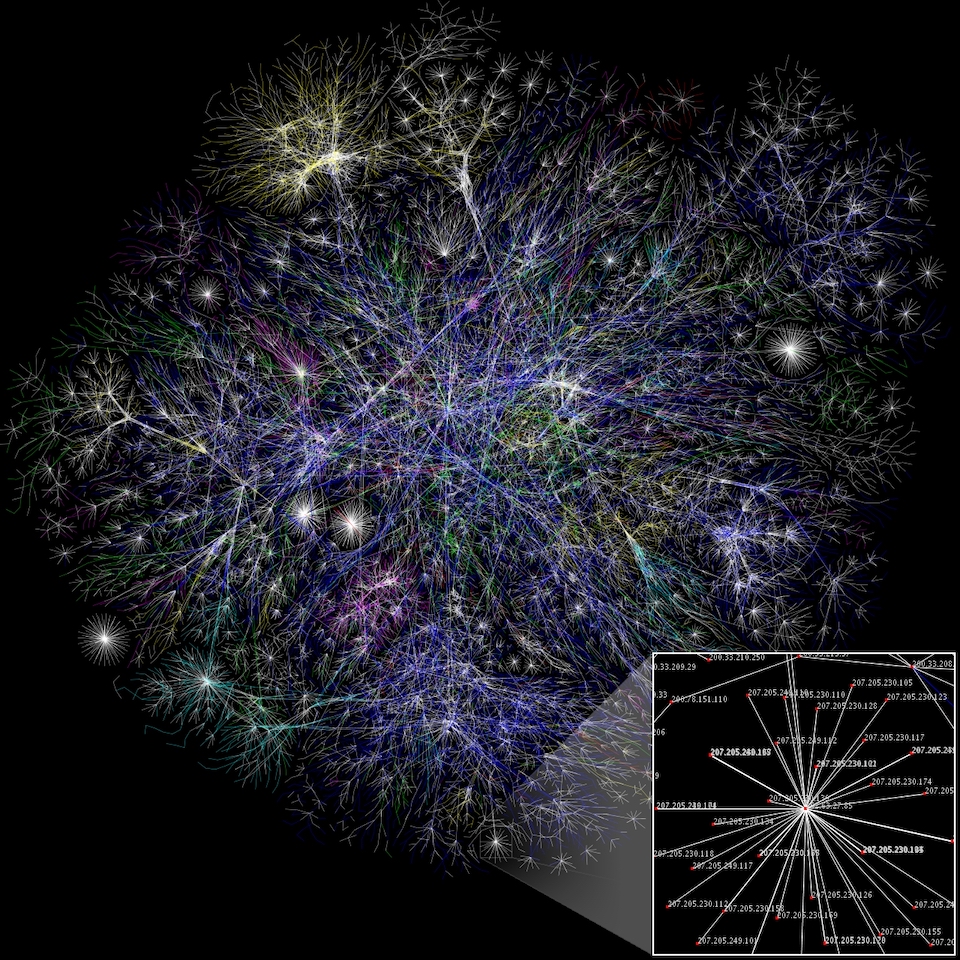 Thanks to routers, networks can efficiently interact with one another but they still need to be connected via physical cables. Fortunately, this system of cables already exists in much of the world thanks to the telephone system! Telephone cables literally criss-cross the globe via polls, buried underground, or in submarine cables along the ocean floor. For example, here’s a map of all the submarine cables: 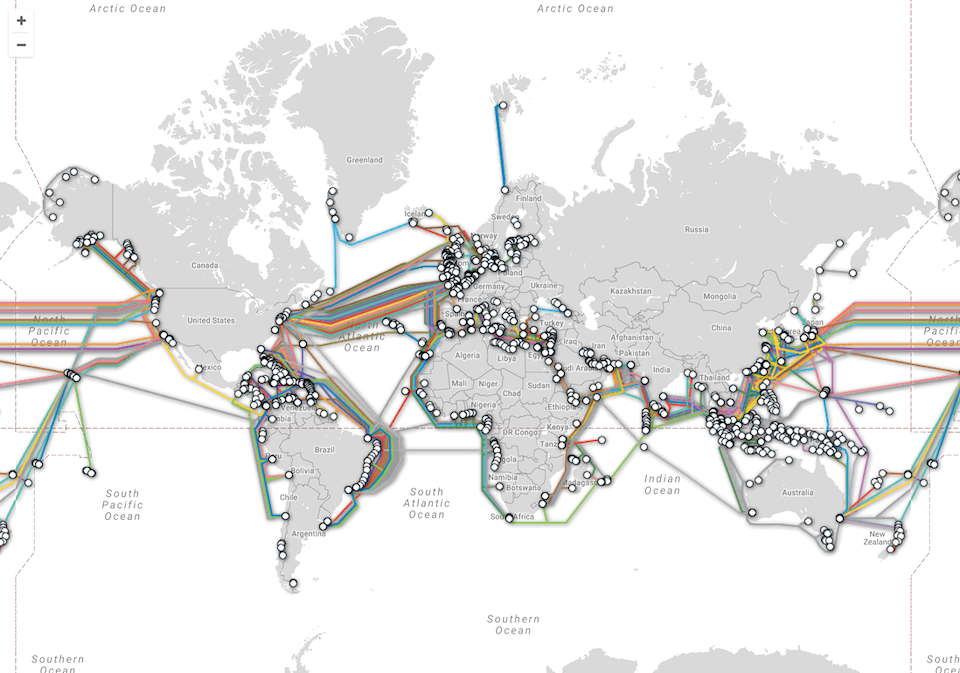 Using a piece of hardware known as a modem, computers can communicate via the existing telephone lines.

Have you ever had a phone call with a bad connection? Or needed to speak with someone in a foreign country who doesn’t speak your own language? It’s a challenge and one that computers face too! Think about it: in order for the Internet to work, a computer based in the United States must be able to communicate with a computer based in China even though the connection may be unreliable and the end-users themselves speak different languages.

The answer is a universal technical standard known as TCP/IP that dictates how computers can reliably communicate with one another. Diving into TCP/IP, which is known as the “Internet protocol suite,” is beyond the scope of this article but it is a fascinating set of technologies in its own right.

The last piece of the puzzle is ISPs (Internet Service Providers) such as Comcast, AT&T, and Time Warner that connect your home to the Internet itself. Most homes have a local modem and router to connect all devices together (computers/phones/ TVs/etc). But you still need to connect your home network to the larger Internet, router-to-router. This is what ISPs do and it is why you need one to obtain internet access.

Next steps: The World Wide Web

The Internet is the technology that connects billions of computers worldwide but when you visit a website like Google or even this site, wsvincent.com, you are using the World Wide Web which is a separate service built on top of the Internet itself.

Read on to learn How the Web works.